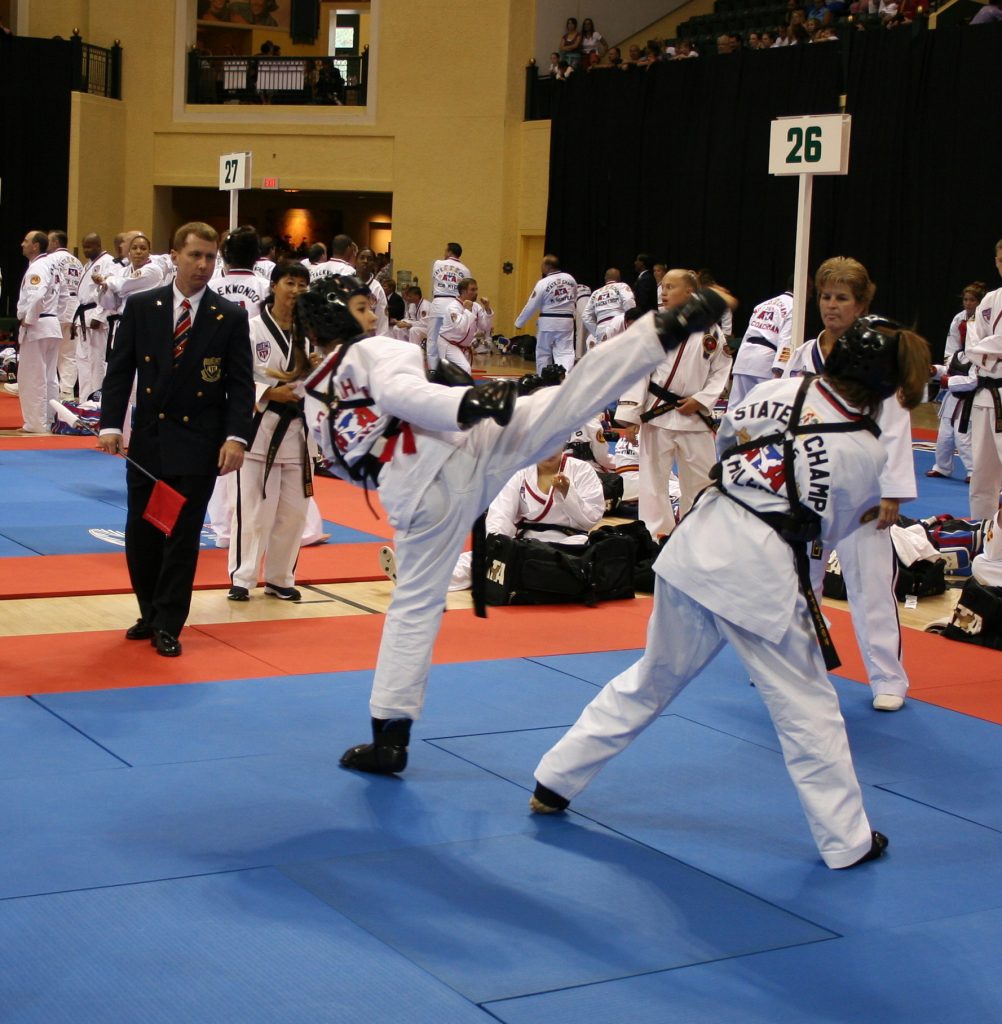 The following Sparring Combinations are used by our Color Belts in rotation at Kowkabany’s Family Martial Arts (KFMA). These combinations were developed to transition the student from learning the individual techniques to using them in fluid motion. These were originally written by Grand Master Bill Clark, and they are now used in the majority of ATA schools teaching Songahm Taekwondo around the world.

The material below is provided for reference only, and students are STRONGLY cautioned to learn the proper set-up and execution of the techniques during class FIRST, and then to use the videos below for at-home practice to assist with memorization.

First, here’s a look at the Sparring Combinations Training Schedule for each calendar year:

All White Belts will work on the White Belt Sparring Combinations until they are promoted to Orange Belt.

Orange and Yellow Belts will use the Orange-Yellow Sparring Combinations until they are promoted to Camo Belt.

Here are the videos for each set of Sparring Combinations:

We Want YOU To Stay Informed!

Don’t Forget to stop by here each week and visit this page for our Special Offers, News & Events, Martial Art Schedules and Community activities. Thank you for visiting our website!

Please leave us a Review and Testimonial and tell us how well you enjoy our programs. Our goal is to serve our students with the highest quality training and facilities in Tampa, FL. Thank you for giving us the opportunity to serve you and your family. Please LEAVE A Review

Please keep an eye open for all of our special offers on all of our Pro-Shop items from martial arts gear, our academy merchandise, training equipment and more. Thanks for visiting!

Thank you for visiting our student page and community resource area.

We have this Customer Service box here to help you and your family. Do you have a question, suggestion or concern we can address? Please click the link below to complete the form. Name, email, phone # and a note with regard to how we can help you is all we need. Our team will reach back out to you within 3 business days.
Get In Touch!

Do You HAVE A Friend, family member, neighbor or one of your children class mates that could benefit form our karate kids or martial arts programs for adults?
Please send them our information or talk with one of our Instructors today.

Are YOU Seeking Martial Arts?

We offer kids karate and martial arts for adults with quite a few programs that service our community members.
Learn More!